The 2015 Act relates to slavery, servitude, forced compulsory labour and human trafficking which affects global supply chains. Consideration was also given to the Modern Slavery Act 2018 (Commonwealth Act) which came into effect for accounting periods on or after 1 January 2019. The committee considers the guiding principles of the 2015 Act and equivalent legislation in Australia to set against the Company’s positive record of accomplishment for employee welfare and highest health and safety standards. 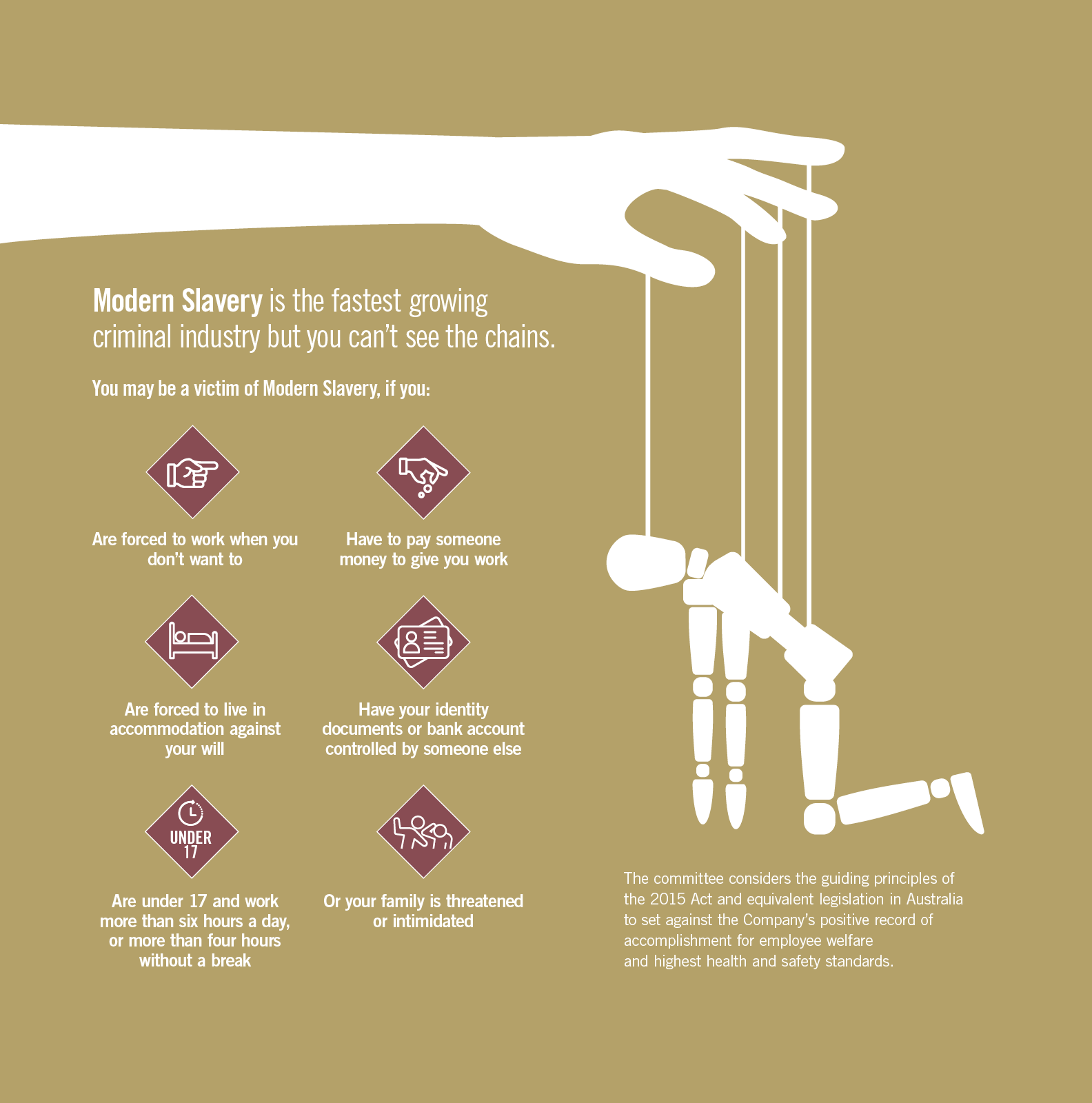