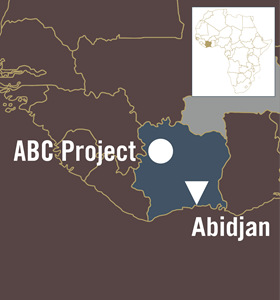 ABC is a greenfield exploration project, consisting of three permits, covering a 1,143km2 highly prospective landholding along the underexplored contact zone between the Archean and Birimian cratons. This contact is demarcated by the greater than 20km wide, north to south trending, Sassandra Fault system.

Exploration to date has delineated a north to south trending gold-mineralised corridor - the Lolosso Gold Corridor - over a 30km strike length within the Kona permit.

The Lolosso Gold Corridor is characteristically 300m to 800m wide, hosting a greenschist to low amphibolite grade, Birimian volcano-sedimentary greenstone package thrusted between an earlier granitoid of Archaean age inferred from structural position to the west and a paragneiss on the east. The eastern footwall contact is a major structural and metamorphic feature and it controls the regional setting of the gold mineralisation along the corridor. The paragneiss is interpreted to be the stratigraphic continuity of the detrital sediments but at higher granulite facies.

Surface geochemistry clearly maps the core of the Lolosso Gold Corridor along a 23km strike which runs north to south through the Kona permit. The two main prospects, identified by the initial mapping and rock chip sampling, were subdued silicified ledges in the topography. These anomalous ridges developed into the Kona South and Kona Central Prospects. On a regional scale, mapping and remote sensing of the Lolosso Gold Corridor defined a 60km structural feature.

Reverse Circulation and Core drilling (50 metre drill hole spacing) at the Kona South and Kona Central prospects has delineated significant widths of mineralisation at the contact of a calc-silicate and psammite unit, with gold mineralisation confined to the latter more brittle rock type. 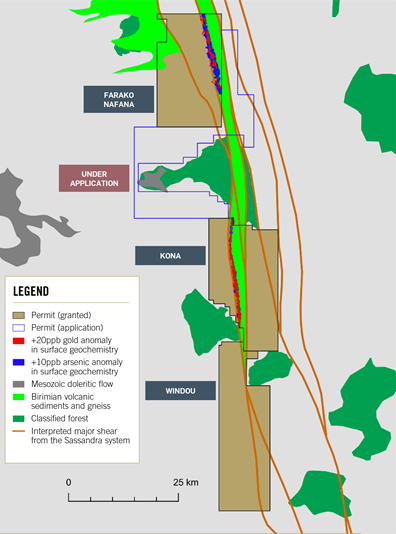 ABC is at an early stage of exploration, however, drilling conducted in 2020 doubled the 2019 resource base to a 2.15Moz Inferred Resource contained within a 6km strike length of the Kona permit.

During 2021 the focus returned to regional exploration across the permits to better understand the potential for discovery and resource growth beyond the Kona discovery.

Soil sampling at the Farako-Nafana and Kona permits led to the delineation of 7 new anomalous areas to be followed up with closer spaced sampling to generate new targets for trenching and ultimately drill testing in 2022.

The Windou permit was granted in 2021. Its addition to the ABC Project land package gives Centamin control over a 90km strike length of the Sassandra Fault system. Reconnaissance scale soil sampling has begun across the entire permit area. 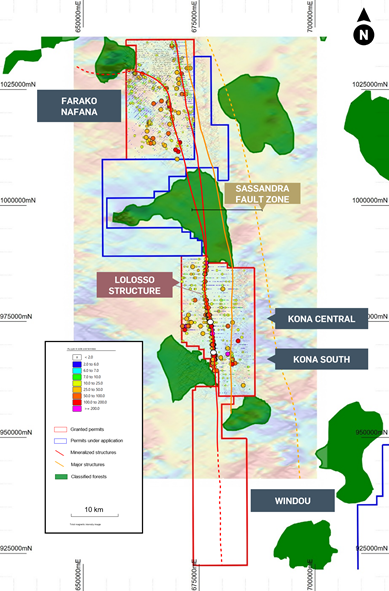 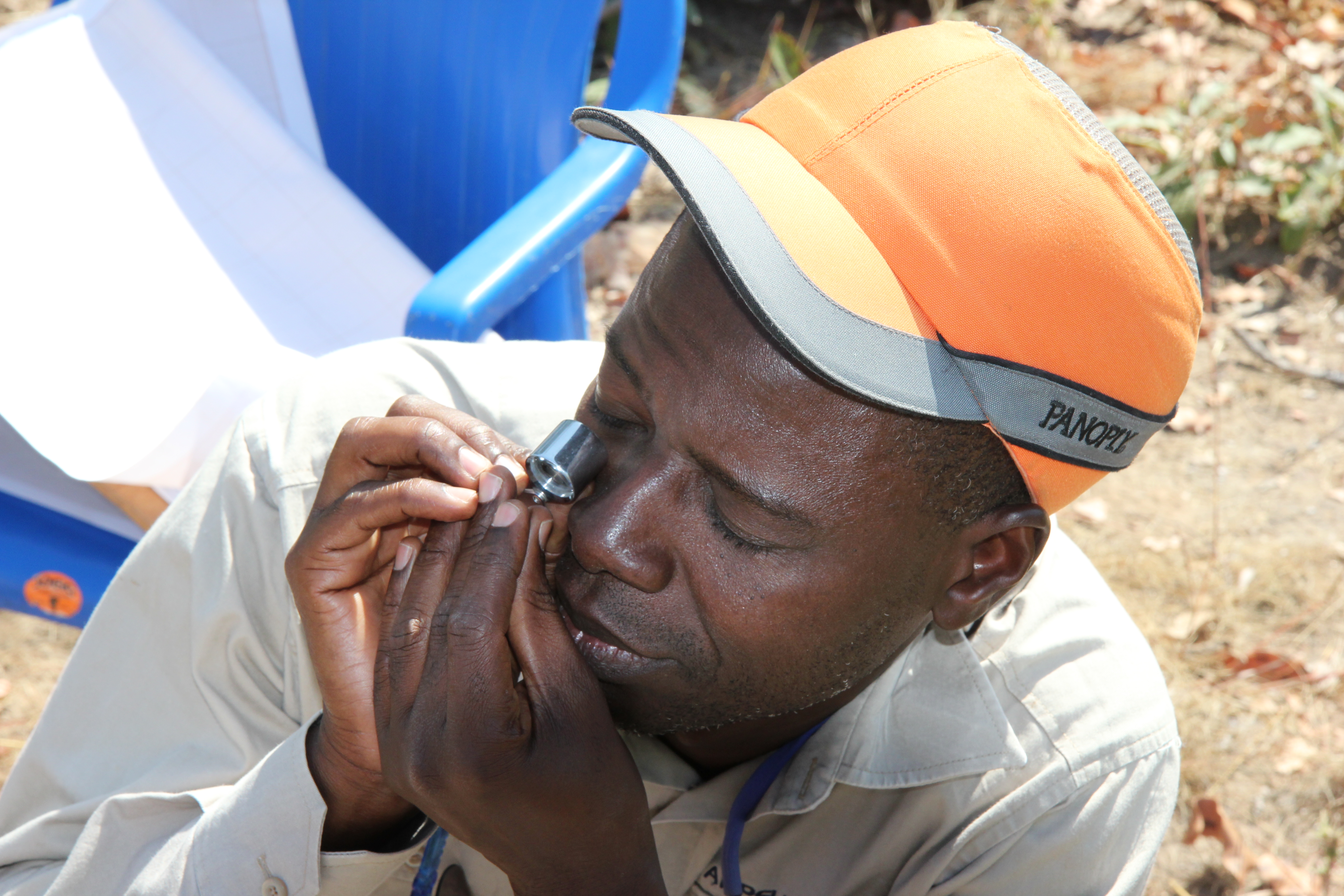 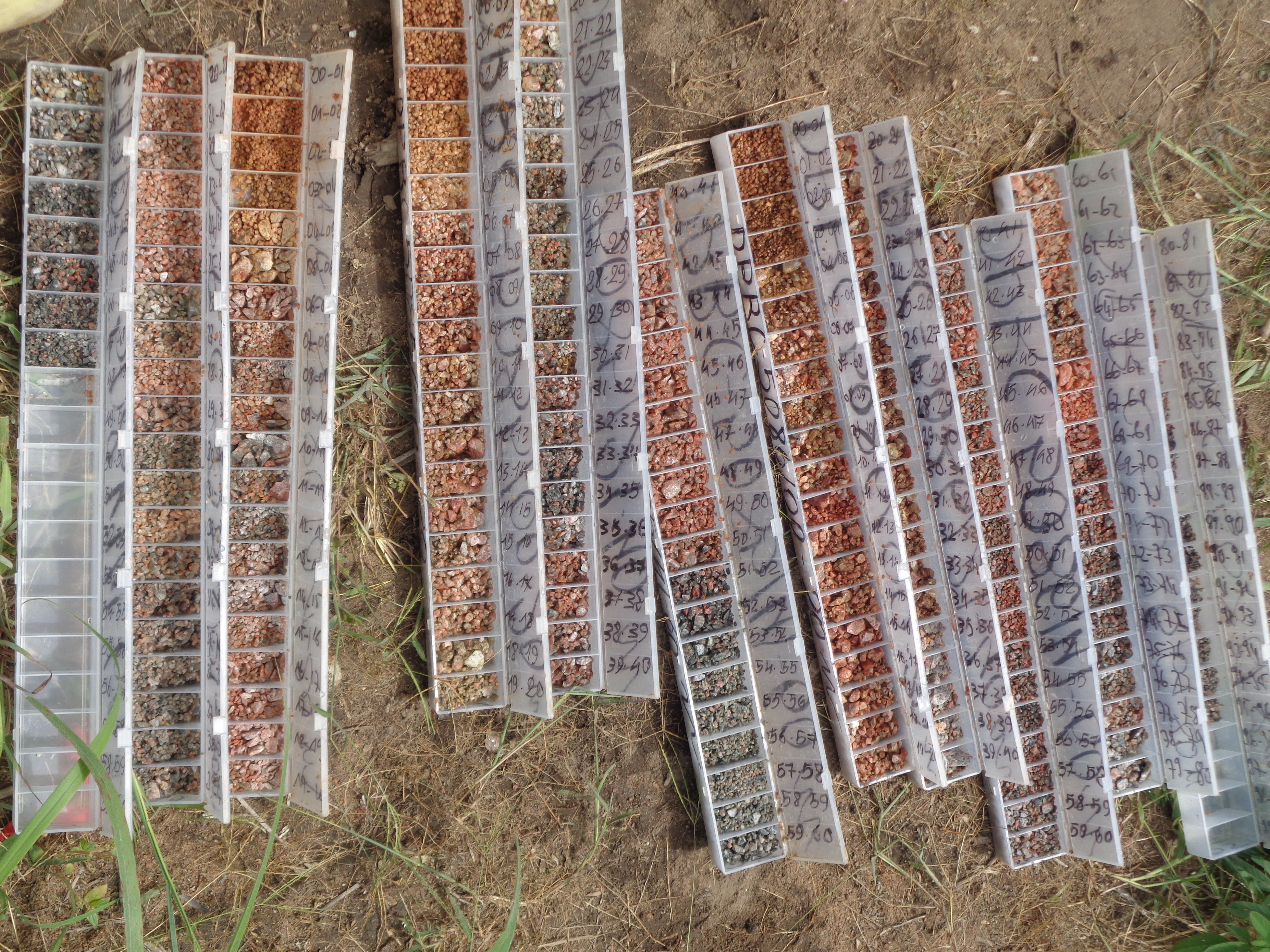