Centamin was built on the exploration success of our Egyptian founders with the Sukari discovery in the 1990s. The subsequent development of the Sukari Gold Mine is a story of tenacity in the modernisation of an ancient gold mining jurisdiction, which remains one of the few underexplored gold belts – the Arabian Nubian Shield.

Today, Sukari is Egypt’s first large-scale modern mine; served by smooth tarmac roads, off-grid power, soon to be solar and a 25km water pipeline fed by the Red Sea. The landscape and climate can be unforgiving in Egypt’s mineral rich Eastern Desert. Sukari is a hive of activity, a hub of employment and opportunity for upper and lower Egypt, with a workforce of 3,795 people, of which 95% are Egyptian. Egypt is an excellent operating jurisdiction, boasting a stable political environment, good security and a great infrastructure network from port to road access.

In 2022, Sukari will produce its five millionth ounce of gold since it began production 13 years ago. This is a milestone and journey that we are exceptionally proud of, but our focus is on the future - developing a thriving Egyptian gold industry for the benefit of the people and the country.

Sukari has at least 12 years of production ahead and 9.8 million ounces in gold resources and, more broadly, across Egypt Centamin have 3,000km2 of new exploration licenses.

The opportunities we aspire to create for people through responsible mining are endless. Thank you to all that have contributed to make this possible.

Sukari is a low cost, bulk tonnage open pit and a high-grade underground operation, with significant exploration upside at depth and regionally, within the 160km2 tenement.

Exploration at Sukari is currently focussed on defining targets close to existing infrastructure which can be quickly and cost effectively brought into the mine planning process, while also continuing to test the depth and strike extents (which remain open) that underpin the longer term potential of the underground mine and the mine expansion plan. 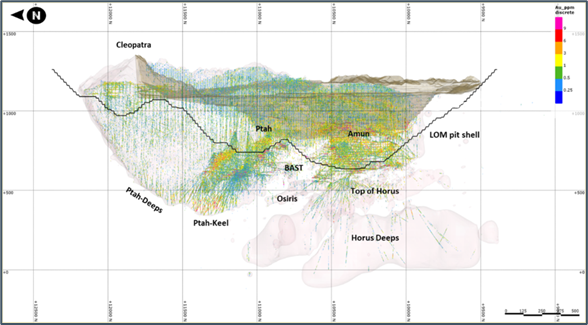 Amun and Ptah are the main current production areas of the underground mine. Mineral Reserves that may be developed in these areas are proximal to existing infrastructure and therefore can be brought into the mining schedule quickly and cost effectively.

The Horus zone sits at depth beneath the Amun zone and represents the long-term future of the underground operations. Mining development is currently pushing into the upper levels of Horus enabling the establishment of drill platforms from which the Horus Deeps zone is being developed.

The Company identified the presence of high grade ‘Bonanza Zones’ in the Bast Zone in 2021, these zones sit within close proximity to existing mining infrastructure. Drilling in this area, demonstrates a consistent geological host within 100m of existing infrastructure which could improve underground operational flexibility through the development of a new high-grade mining area in the near-term.

Exploration work has identified multiple shallow open pit gold satellite targets within the mining concession which have the potential to supplement Sukari mill feed, in the short to medium term, improving operational flexibility. All these prospects are located within 10km of the Sukari mill. 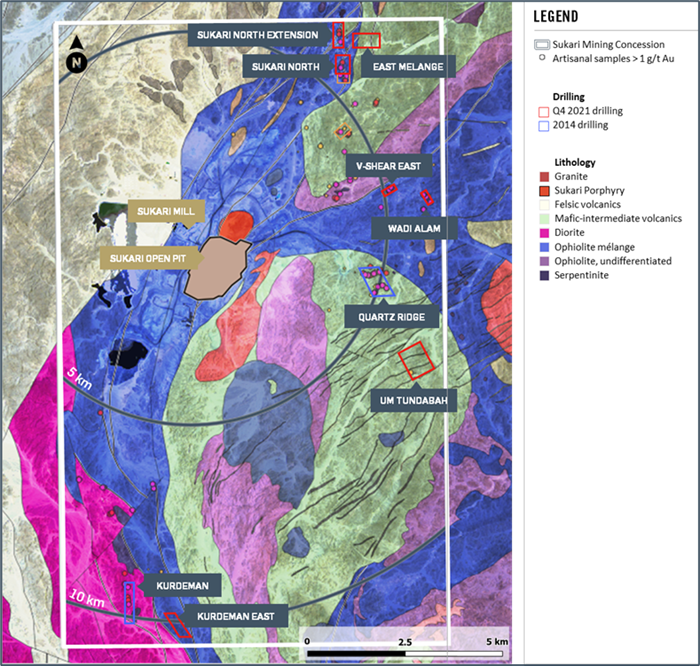 The exploration strategy is to systematically explore and drill-test the numerous targets across the SMC. The exploration programme will progressively focus on these prospects over the near to medium-term.

In 2021, exploration work identified seven key prospect areas within the SMC which will be followed up with systematic drill testing.

At Sukari, the Egyptian Mineral Resource Authority (“EMRA”), a division of the Egyptian government, is the Company’s partner, and is entitled to 50% of the operating profits from Sukari Gold Mine, as per the terms of the Concession Agreement. A representative from EMRA is present on site at all times. 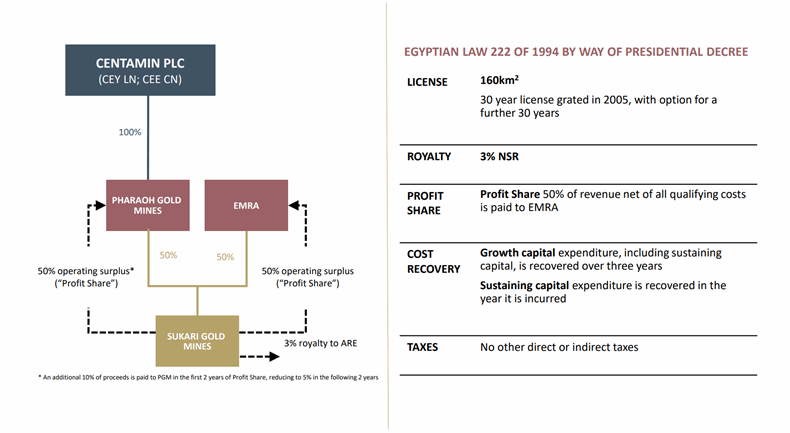 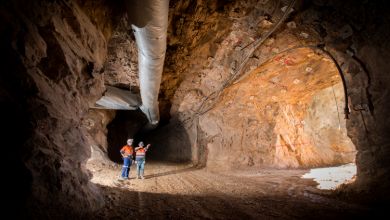 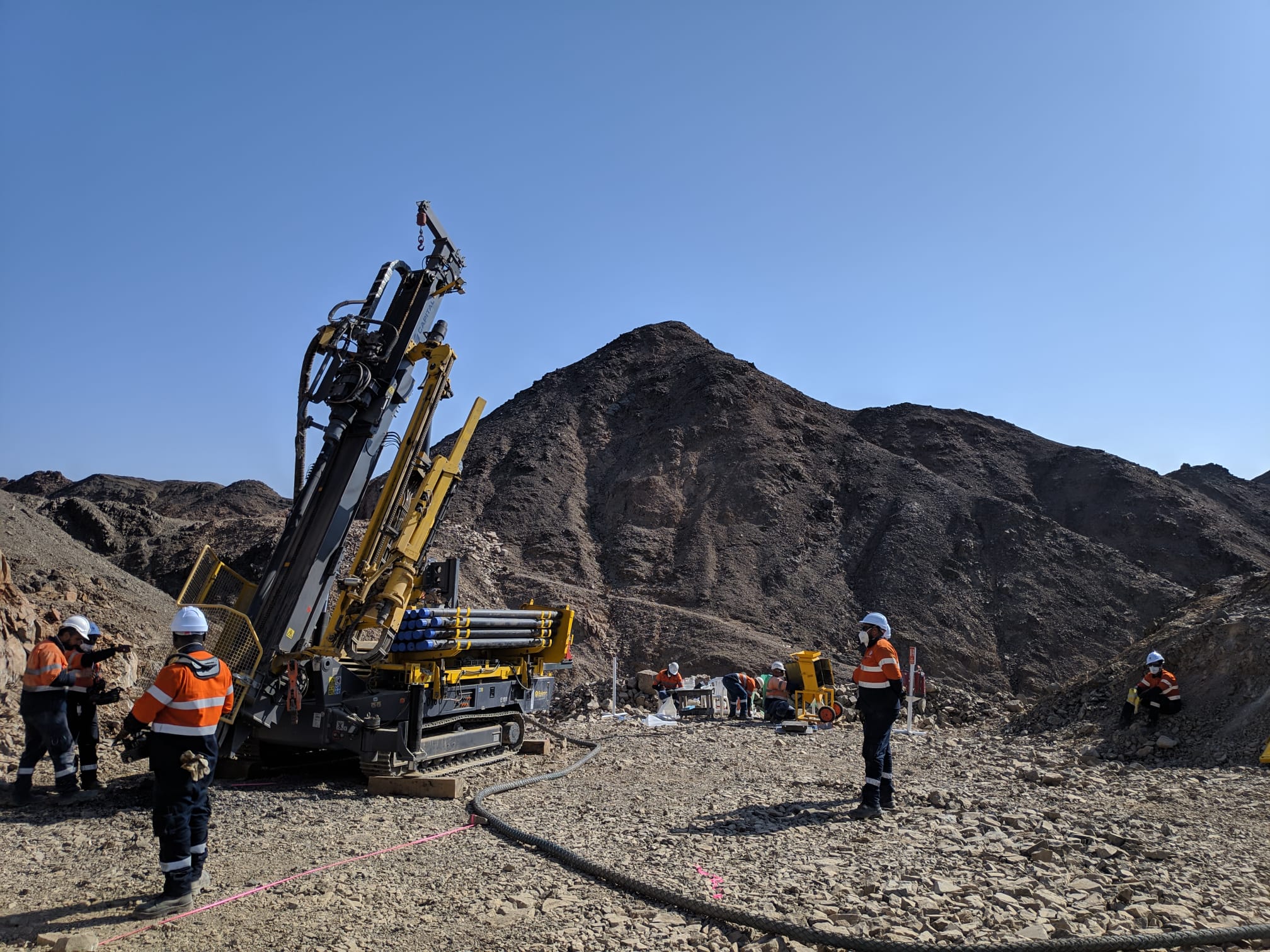