Centamin’s approach to energy use is informed by two key strategic objectives. The Company’s first aim is to provide a secure and steady supply of electricity to operations, on-site facilities and accommodation. The second aim is to use energy efficiently. Maximising energy efficiency not only helps to deliver valuable cost savings to the business but also helps to reduce the Company’s greenhouse gas emissions.  An emerging priority for Centamin’s approach to energy use is the introduction of renewable energy sources into the overall energy mix, including the viability of integrating solar power at our Sukari Gold Mine.

Centamin also aims to be fully transparent on its progress to reduce emissions and reports its environmental data to bodies such as CDP (formerly Carbon Disclosure Project) and in this report, this includes reporting a limited number of scope (upstream) three emissions.

The bulk of Centamin’s greenhouse gas emissions result from the on-site power generation at Sukari. The site is powered entirely by onsite heavy fuel oil burning generators consuming between 90-100 million litres of diesel to meet the mine’s electricity needs.

Egypt, and more specifically Sukari, is in an ideal geographic area for light conversion to power. Solar is a growing source of power in Egypt, with the government target of increasing the supply of electricity generated from renewable sources to 20% by 2022 and 42% by 2035.  As one of the world’s largest solar parks, the Benban Solar Park was completed and commissioned in 2019. Located 300km east of Sukari, near Aswan, the 1650 MW solar farm is a good example of the solar potential within Egypt.

Sukari’s position in Egypt’s Eastern Desert has some of the highest levels of solar irradiance globally, annualising over ten hours a day of sunshine. Here is a heat map of photovoltaic power potential averaged between 1994 to 2016. The photovoltaic power potential makes solar power a viable source of renewable energy for the mine, further enhanced using bifacial solar modules. 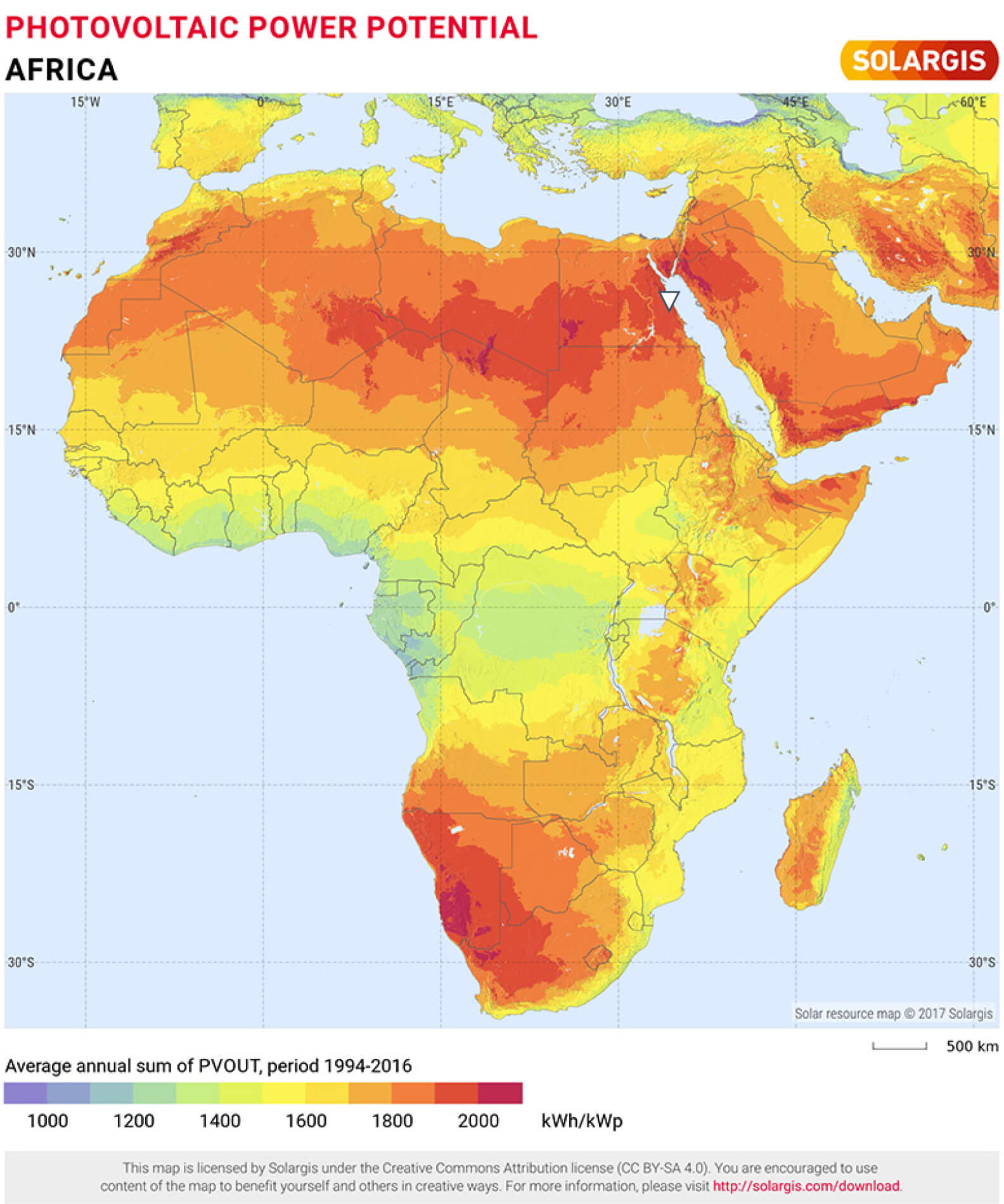 Centamin is committed to assessing and reducing its exposure to climate risk and during 2020 will begin disclosing climate risks in line with the requirements of the Task Forces on Climate-related Financial Disclosures (“TCFD”).

In 2019, Centamin added climate to the enterprise level risk register.