The Batie West Project (“Batie West”) consists of one exploitation license valid until November 2021 and four exploration permits, covering an area of approximately 380km2. Batie West is in the southwest of Burkina Faso, within the Southern Noumbiel Province, bordering Ghana and Côte d’Ivoire, and is approximately 290km southwest of the Burkinabe capital of Ouagadougou.

The region of West Africa in which our exploration portfolio sits is underlain by sequences with the Birimian terrane of the West African craton.

These rock units, which extend through Burkina Faso, Côte d'Ivoire, Guinea, Mali and Ghana, are major sources of gold and comprise a mix of metamorphosed volcanic, sedimentary and plutonic rocks. 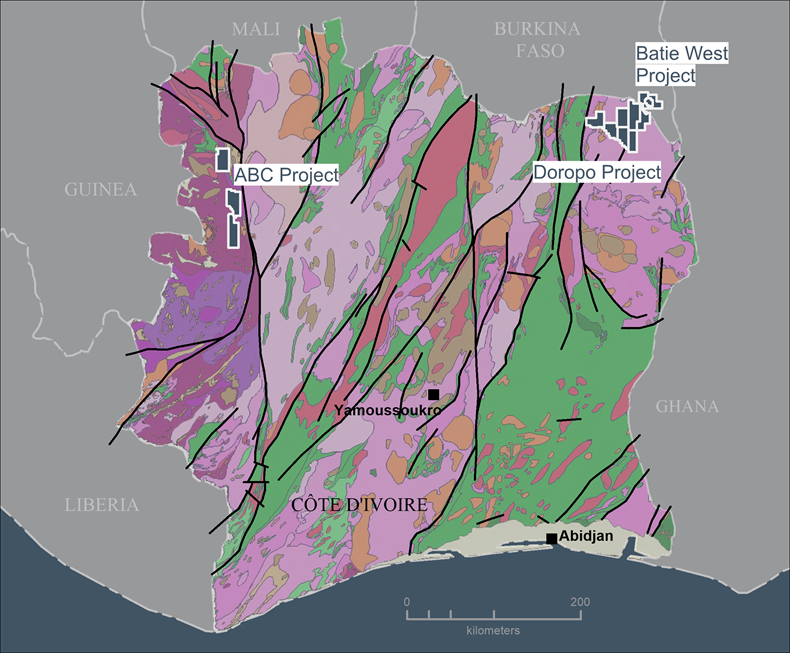 Batie West is in the south of Burkina Faso and covers the southwest margin of the Boromo Greenstone Belt, which consists of steeply dipping volcanic and volcano-sedimentary units with ages ranging from 2400Ma to 2100Ma. These are intruded by granitoids of c.2000Ma. The stratigraphic sequence is dominated by mafic and ultramafic rocks in the basal parts with felsics and andesitic pyroclastics along with immature clastic sediments being more common in the upper parts of the succession.

The structure of the belt in the area of the Konkera prospect is dominated by a major crustal-scale shear zone (referred to as the Batie West shear zone), which traverses the western margin of the greenstone belt. The deformation associated with the shear zone extends for up to 3 km in width and can be traced over 110km in length. At the southern end of Konkera the stratigraphic sequences are folded into a series of upright tight folds that plunge gently towards the north. Fold hinges are typically faulted and sheared. Volcaniclastic units within the stratigraphic sequence often have well-developed bedding parallel foliation. The metamorphic grade is interpreted to be greenschist facies. 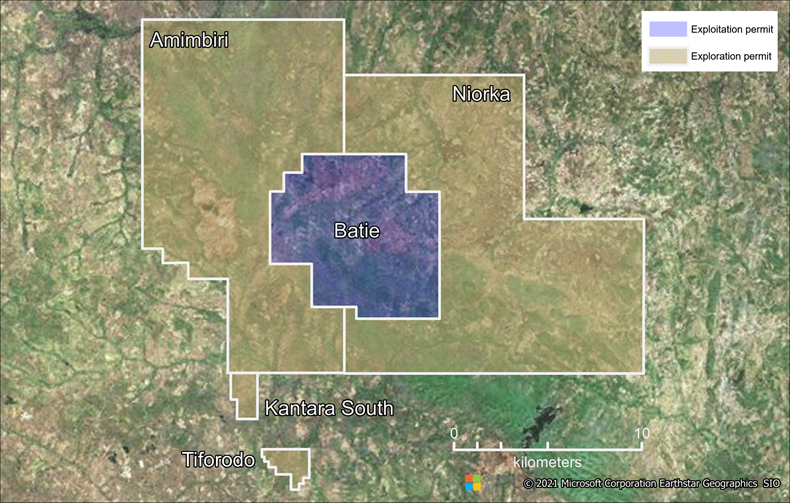 Air core drilling focused on the Konkera West and East prospects targeting potential parallel gold structures on either side of the main Konkera thrust. The primary objective was to define shallow oxide upside potential near to the existing Konkera resource area. At Konkera East, three footwall gold trends have been identified as exploration targets for air core drilling and trench sampling. The main trenches are exploring the Far East prospects where surface regolith is shallow and trenching can safely reach saprolite. At Konkera West, drilling 600m southeast successfully delineated a strike extension to the current resource, connecting to the Konkera South area. 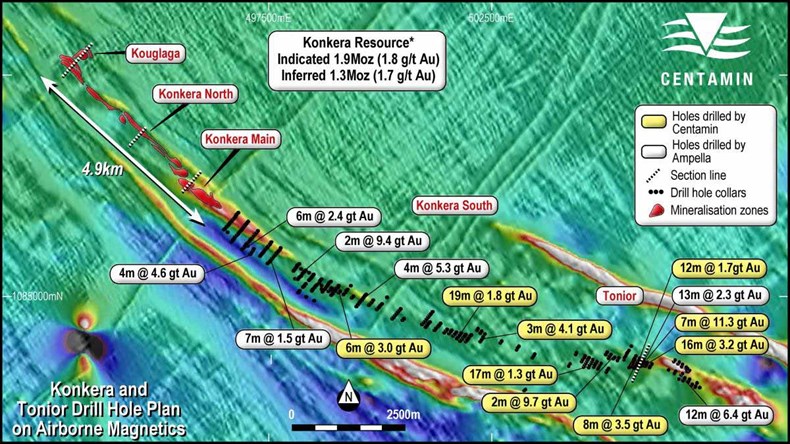 Mineral Resource for the Konkera Prospect, using a cut-off of 0.5 g/t Au. Resource estimate was prepared using JORC (2014) guidelines and meets the criteria of the National Instrument 43-101 Resources.